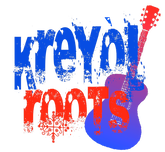 France Jean-Baptiste,
For over 15 years France Jean-Baptiste, this multi-talented native Chicagoan has been involved in the entertainment industry. She is an accomplished singer and actress. Her Haitian French heritage and life experiences infuse her music and stage presence with unparalleled feeling, body and soul. Her voice has been described as a diamond in the rough. She brings a big, rich energetic sound that audiences really respond to. You feel the emotion.
Starting her career with musical theater, she was told by a stage manager that she sounded very much like Etta James. Shortly after, she took a break from theater and began working with a pianist and working the local piano bars for several years. She performed covers from every genre, covering especially 70's pop/rock and, of course, blues.  She eventually ended up working with the Screaming Blue dogs and touring regionally for a short while covering the blues and their original tunes.
After getting booked to play Etta James at the Black Ensemble Theater, the show ran for nine months and she was featured on several Chicago TV and radio stations.
Nominee for The Message In The Music at Jackie Taylor's Black Ensemble Theater for the Eartha Kitt Award- Best Featured Actress in a Play (Musical or Revue). Also nominated by the Black Theater Alliance Awards (BTAA)- Best Featured Actress in a Musical at ETA Theater for THIS FAR BY FAITH.
Featured on WGN News 7/8/03 as House of Blues Vocal Finalist in Search for a Blues Singer, and several other television stations featuring At Last : A Tribute to Etta James where she played Etta James whom she strongly resembles vocally and physically.

France Jean-Baptiste shares her life with her audience through her music. A seasoned performer with more than a decade of experience in Chicago arts, France Jean-Baptiste is a great balladeer and stylist silky smooth and jazzy soulful vocals. She is a powerhouse combination of Etta James, Koko Taylor & Big Time Sarah and you can feel the pain and energy in her voice. Most definitely a powerhouse crowd pleaser.
She has performed in dozens of Indie film and has an extensive tv/film reel.